Please refer to the link POPIA & PAIA to view UKSU’s POPIA Policy and its PAIA Manual. 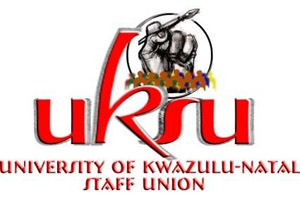 Advancing and defending the interest of UKZN staff

The objective of this site is to facilitate communication between the University of KwaZulu-Natal Staff Union (UKSU) and its members as well as the staff of the university; it is a source of information for the membership and staff in general.

Are you a member if a union? Is your union really looking after your interest?

If not, consider joining the largest union at UKZN.

UKSU is by far the largest and leading Union at the University of KwaZulu-Natal (UKZN), and continues to grow daily.  From 2012 to present, its membership has grown by >275%.

The graph below shows the representation of the three unions and shows UKSU at 47%, and the only union with double figures. The large proportion of unionised staff is noted with interest.

UKSU represents staff at all levels from both the academic and professional sectors. It represents permanent, contract and externally funded staff.

This website is available to keep readers informed of developments, as it pertains to their employment and membership.

If you have any suggestions, please feel free to contact UKSU using the details on the contact us link.

If you experience any employment related issues and/or wish to speak to a representative, please contact the UKSU Officer by using the details on the contact us link.  The UKSU officer will respond or put you in contact with the appropriate representative.

Please join UKSU on our facebook page by following the link below:

© University of KwaZulu-Natal: All Rights Reserved